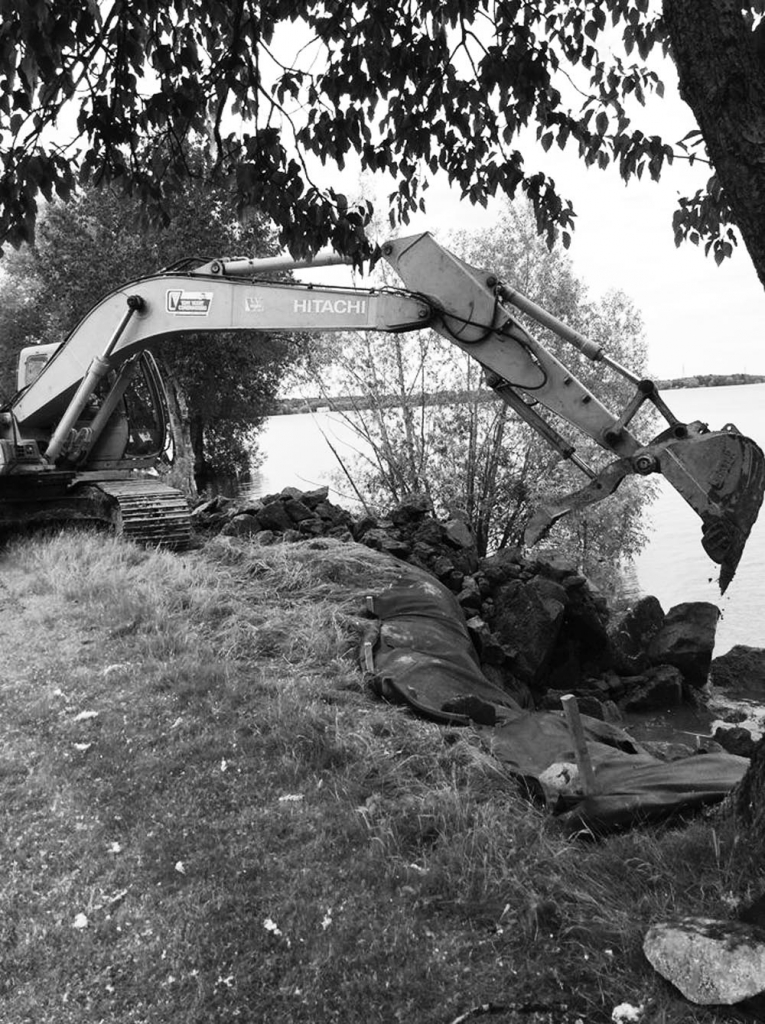 Four Grand Council Treaty #3 communities have declared states of emergency over flooding due to record-high water levels on Rainy Lake.
“We are at peak level with the lake, so our land is pretty much eroding into the lake now,” said Couchiching councillor and emergency resources coordinator Christine Jourdain on June 20.
“And they are expecting a call for possibly up to another 16 inches for the lake to rise in the next five days. Currently we are sandbagging along our waterfront.”
Four days later, on June 24, Jourdain said the community was expecting the lake to rise another six inches.
“It continues to rise — we haven’t reached a crest point yet,” Jourdain said. “We’re still having crawlspace issues with regards to the water. We still can’t pump them out because all they’re doing is filling back up again.”
Jourdain said the homes with flooded crawlspaces are located about 30 feet from the lake.
“It’s just from the lake saturating the ground, which is leaking into the crawlspaces,” Jourdain said.
Jourdain said one home had about 15 inches of water in the crawlspace, but it has since receded to about 10 inches.
“We just have to pretty much watch it and once it’s done, we can pump them and then we have to look into the recovery mode,” Jourdain said.
Couchiching, Mitaanjigamiing, Seine River and Nigigoonsiminikaaning declared emergencies as of June 24 due to flooding from heavy rainfall in areas of northwestern Ontario close to the Minnesota border. Fort Frances, Rainy River and the Township of Emo also declared emergencies.
“Nigigoonsiminikaaning has a little bit higher ground, (so) we are not as affected as those communities to the west of us,” said Nigigoonsiminikaaning Chief Gary Allen on June 20. “But we are going to take precautionary measures and we are going to declare a state of emergency effective immediately.”
Allen said his community is concerned about their infrastructure, the shoreline and the Agency Indian Reserve 1 lands adjacent to the Town of Fort Frances, which are held in common by Couchiching, Mitaanjigamiing, Naicatchewenin and Nigigoonsiminikaaning.
“We will work with the other communities to help mitigate whatever impacts there are on any of our lands, including the community,” Allen said. “We will take measures to ensure that the community is safe.”
Jourdain said the shoreline along the cemetery portion of the Agency Indian Reserve 1 lands has eroded due to the high water levels.
“We laid cloth down for 400 feet of the front (cemetery) shoreline and are currently putting rock in and building a retaining wall so we can stop the erosion of the cemetery,” Jourdain said. “But we have noticed, and I am going out at noon, that some of the grave sites are caving in. We’re going out just to determine what is happening and what we can try and do, but we’re still unsure.”
Jourdain said the construction of a permanent wall along the shoreline, about 13 inches above the floodwaters of the 1950s, is under consideration to prevent further erosion.