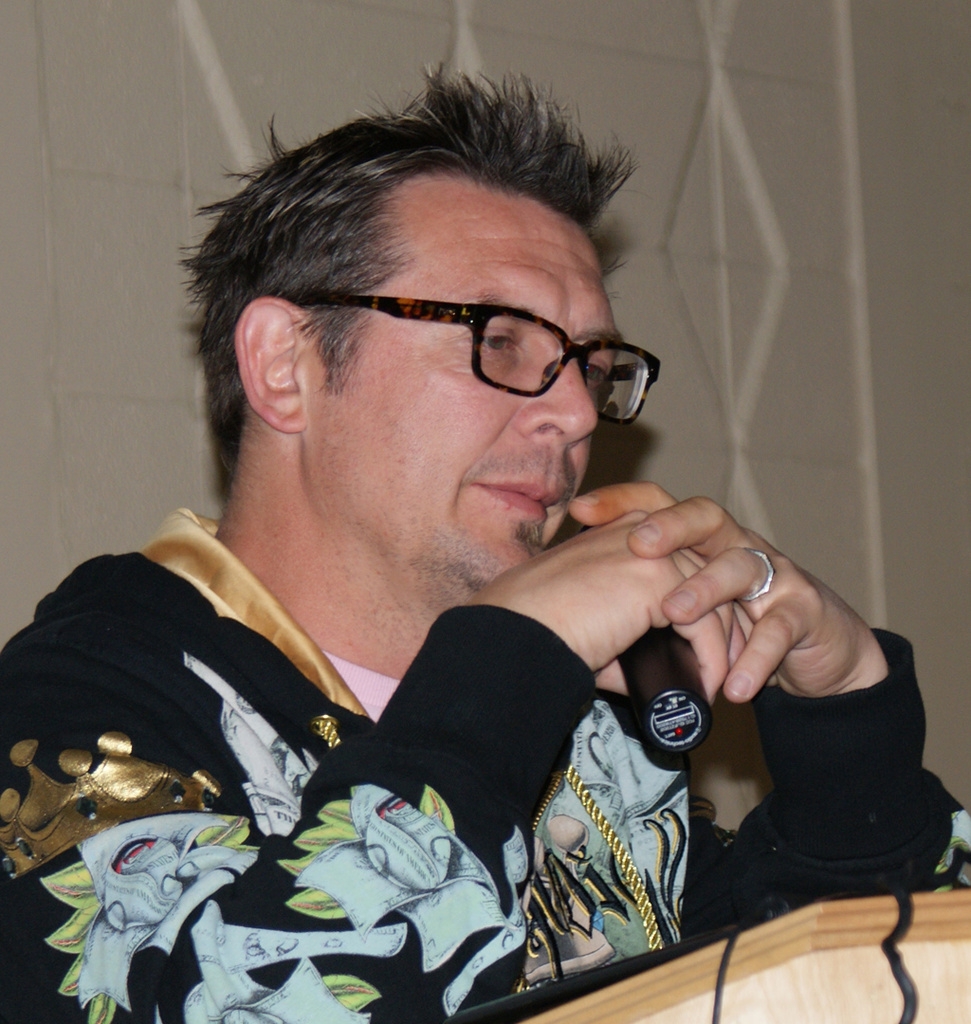 Stanley Cup champion and Olympic gold medalist Theoren Fleury encouraged others to find healing through the gifts of the Creator and the grandfathers.
“I came here on Tuesday (June 22) night and did sweat with the guys,” said Fleury, who scored 1,088 points in 1,084 games during his NHL career with Calgary, Colorado, New York and Chicago between 1989 and 2003.
“I’m an honourary chief at the Siksika Nation out near Calgary. I have a spiritual grandmother there who has adopted me and she has helped me on my path and helped me on my journey and taught me the ways.”
Fleury, who is of Cree and Métis descent, shared the ups and downs of his life during the Ka-Na-Chi-Hih Solvent Abuse Conference, held June 23-24 at the Ka-Na-Chi-Hih Specialized Solvent Abuse Treatment Centre in Thunder Bay.
“I’ve been on an amazing spiritual journey,” Fleury said, explaining he was first invited into the sweat lodge after he stopped drinking in mid-2000.
“They basically told me the sweat lodge was passed down from the grandfathers as a place to go and heal. I can tell you that day was one of the most amazing experiences of my life.”
Fleury spoke June 24 about how the sweat lodge helped him unload negative experiences, including sexual abuse, drugs and alcohol abuse.
“After my book came out I guess I’ve become the face of sexual abuse – it is a very heavy burden to carry. A lot of times I feel like I am standing alone … which is fine by me. The Indian way has given me the smudging, the sweats, the ceremonies, the bundle openings, and all these things that the Creator and the grandfathers have given me have allowed me to keep my strength and keep my determination and my drive.”
Fleury also spoke about playing the victim role.
“I had every excuse in the book. I felt I had a right to abuse drugs and alcohol because I was in so much emotional and physical pain all the time and I wasn’t able to sleep.”
Fleury even brought up the day he tried to shoot himself while living in Santa Fe, New Mexico. He said he bought a handgun.
“I did some cocaine and I drank some vodka and I sat there and contemplated for a very long time,” Fleury said.
“I remember taking the gun and putting it in my mouth and I remember at that moment feeling so alone, feeling fed up with life and angry with the Creator.”
Fleury recalled the moment of truth.
“I was faced with a decision ... am I going to live or am I going to die,” Fleury said. “Instead of pulling the trigger that day, something clicked in my head that said ‘You’ve never quit anything in your life, why are you quitting now.’ That allowed me to throw the gun away. That was the day I chose to live. But the funny thing was I didn’t know how to live.”
Fleury said his parents were not available to him when he was growing up, so he didn’t learn any of the tools of how to live life on life’s terms.
“I grew up in a household where my father was an alcoholic and my mom was a prescription pill addict and they were pretty much unavailable to me,” Fleury said.
About two weeks after throwing the gun away, Fleury received a phone call from his son in Calgary.
“He said ‘I need you to come home,’” Fleury said. “You know, God works in mysterious ways.”
Fleury moved back to Calgary and his son moved in with him, but he didn’t stop his drug and alcohol abuse until after meeting his second wife, who grew up close to his hometown.
“What she has brought to my life is something that I never had, and that is unconditional love,” Fleury said, explaining they married in 2006 and now have a two-year-old daughter. “The first thing she said to me was why are you carrying around that big pile of crap.”
Fleury was completely able to breakthrough his addictions while playing hockey in Northern Ireland during the 2005-2006 season.
It was there when he looked in a mirror and looked himself in the eye for first time he could remember.
“I stood there for a long time,” Fleury said. “It was gone. The obsession (with alcohol and drugs) was gone. That was my spiritual awakening, that was Sept. 18, 2005, and I haven’t had a drink or drug since.”