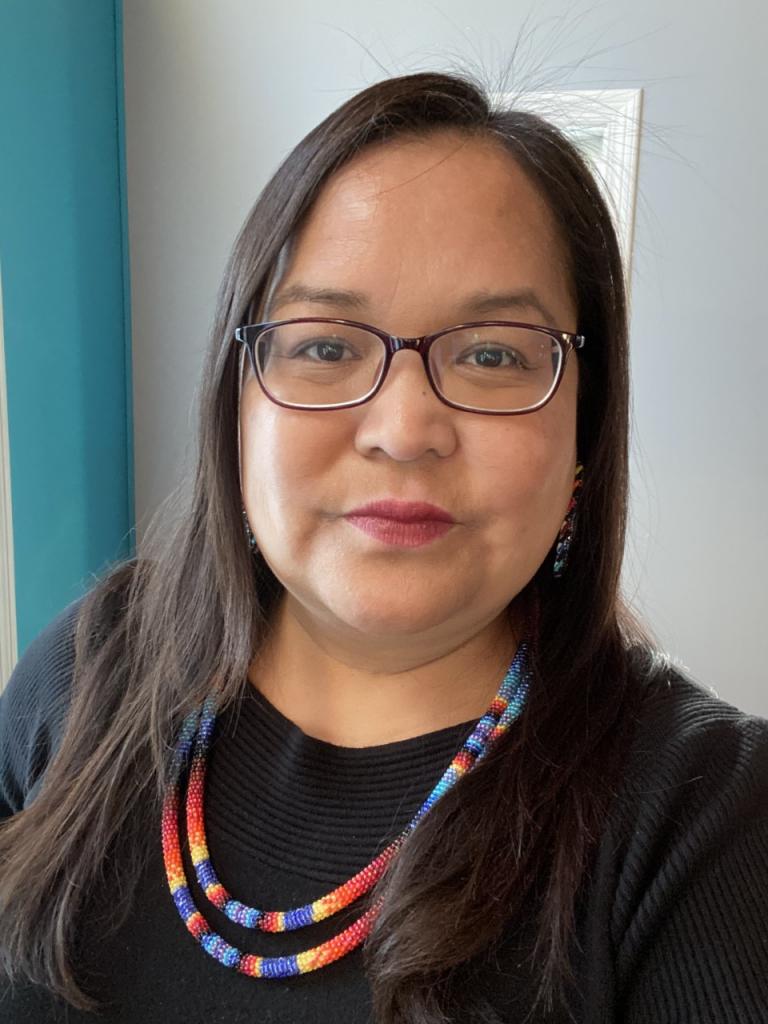 Niisaachewan’s Tania Cameron is looking to bring a different perspective to the Senate of Canada after former senator Lynn Beyak retired.

“I am community minded and continually serve my region in any capacity that I am able to,” says Cameron, chief of staff for the Ontario Regional Chief. “Today, I am on my way into town in Kenora to take care of the sixth and final potato delivery into northwestern Ontario.”

Cameron has been distributing 50-pound bags of potatoes from farms in Manitoba to people across northwestern Ontario since the COVID-19 pandemic hit in April 2020. Bearskin Lake was one of 10 remote fly-in communities that received a total of 200 bags of potatoes on Feb. 12.

“A small farm put out a call for help to unload sacks full of potatoes he had because of the pandemic, their markets were shut down,” Camerson says. “So I’ve since helped three farms unload their stock — today is the sixth and likely final potato run, which will have 185,000 pounds of potatoes. There is such a demand — the lineup of people is incredible. This one client I worked with, they served McCain Foods, so these are giant potatoes.”

Cameron has also worked with youth at Indigenous Sport and Wellness Ontario.

“Since 2015 I’ve been able to attract youth athletes in the region, including from some of the fly-in communities — there’s excellent volleyball players up there,” Cameron says. “I love that work and it coincided with the growth of my own children as they went through the high school years and playing sports. It’s something I hope to continue, even if it’s at a volunteer capacity.”

Cameron previously ran for Parliament in the 2008 and 2011 federal elections.

“Of course that’s partisan politics,” Cameron says. “In my application I did say I would be willing to rescind my party membership because I am an active (committee) member within the NDP.”

Cameron also served as a band councillor in her community at the age of 18.

Cameron learned about the opportunity to apply for the Senate on Jan. 25, two days before the Jan. 27 deadline to submit an application.

“Some friends had encouraged me to apply,” Cameron says. “I did my best to put my application package together, which is quite exhaustive. They needed my CV, my background history information, even information on my family members, my siblings, my children, my in-laws. So it was quite exhaustive but it was a good, interesting process.”

Cameron says she had previously been asked to consider a nomination for the Senate during a selection process a few years ago.

“I did give it some thought but in the end I decided it wasn’t the time for me,” Cameron says. “When it came around this time, I thought why not. We had Lynn Beyak retire on Jan. 25. I firmly believe I can do a better job representing the views and the values of the people living in northwestern Ontario.”

Cameron says there has been a “very tremendous response” to her decision to apply for the Senate.

“A friend said people can support my nomination by filling out an online form on the Senate Appointments website (www.canada.ca/en/campaign/independent-advisory-board-for-senate-appointm...),” Cameron says. “So a lot of people have been sending in support for my nomination and it is very exciting, including some of the chiefs and colleagues I have worked with in the Kenora area for many years.”

Cameron grew up in Winnipeg but has been living in northwestern Ontario since 1993.

“I did go back for a short time for education leave (when) I studied Aboriginal Self Governance and Administration at Red River College,” Cameron says. “Earlier this year I did start working toward credits at the University of Winnipeg for an undergrad in Indigenous Studies.”

Cameron previously worked at a range of First Nation organizations, including the Kenora Chiefs Advisory, Bimose Tribal Council and Chiefs of Ontario.

“This is my third stint at the Chiefs of Ontario,” Cameron says.