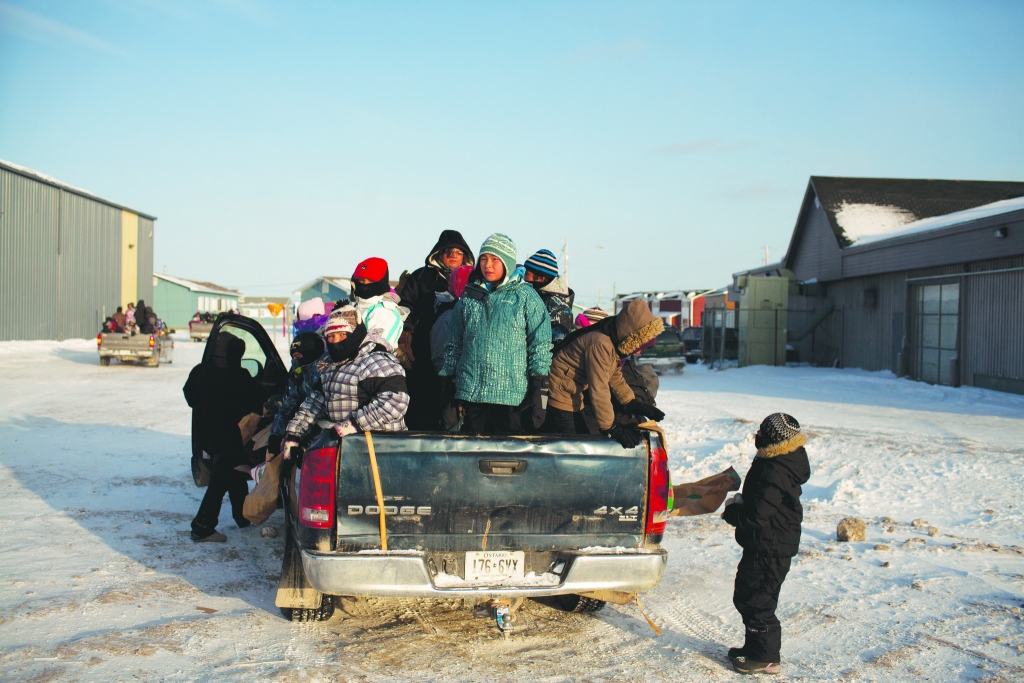 Attawapiskat has become a household name across Canada, since the attention of the country focussed on the James Bay community in November 2011.
From outpourings of donations from across the country, to continuous media coverage, to political responses from all parties, Attawapiskat has finally received the attention that a five-year-old housing struggle warrants.
Yet while the federal government and Canadian citizens have reacted to the housing crisis facing Attawapiskat First Nation with temporary housing and donations, some residents say nothing has changed in the community.
“Right now, there’s little change in regards to housing,” said Attawapiskat resident Lindy Mudd.
Mudd’s grandmother, Theresa Fireman, has often been talked in the media as one of the 89-years-old Elders who lives in one of the tent frame shelters.
When the federal government finally reacted to the housing crisis more than a month after the state of emergency was declared, it announced that funding would be provided for the construction and transportation of 22 modular homes and the repairs to three other homes that are in disrepair. In the meantime, the government announced it would provide funds to repair the Jules Mattinas Healing Lodge, which has been closed for years, so that the residents in immediate need of housing would have adequate shelter.
And while some community members have began to move in the healing lodge, Mudd said not all are willing to make the move.
“The people who really need the houses, they don’t really want to move to the healing lodge,” he said, adding that his grandmother is among them.
With the healing lodge being located about three kilometers outside the community, Mudd said those in need of a house are reluctant to move there due to a lack of transportation, with the band council only providing snowmobile as transport.
“It’s not good for an Elder,” he said.
The community’s housing manager, Monique Sutherland, said that two vehicles assigned to transport residents between the healing lodge and the community are undergoing repairs, and that she has been using her own vehicle to help with transportation.
Mudd said his grandmother continues to stay in the tent frame shelter in relative comfort, as Red Cross volunteers have brought in insulation pads and other needed supplies.
While most of the needy in the community have had help from the donations flooding in from across Canada, others remain on the outside looking in.
Pauline Nakogee is on the band list to receive a new house in the community, but she still feels she should have been “part of the housing crisis” and included with the other 22 families who are set to live in the modular homes.
Nakogee’s house burned down in 2006 when she was out of town. She has lived mostly at her mother’s since then.
Her mother’s house has four bedrooms in the basement, but Nakogee said they were damaged by a series of sewage backups beginning in 2004, rendering them inhabitable. Now Nakogee shares the remaining upstairs bedroom with at least five other people.
When the state of emergency was declared and the band council was collecting names of the community members who need immediate housing, Nakogee was upset that her name was not on the list.
“I said, ‘What the (heck) is this, I’m not even included in this housing crisis?’” Nakogee said. “I’m homeless, and have these grandkids and my children and I don’t think anyone ever heard me.”
When council members told her she was next in line to receive a new house, Nakogee brushed it off since they’ve continually given her move-in dates and nothing was done.
“They’ve been telling me, ‘Oh, you’ll get a new house in October,’ ‘Oh, you’ll get a new house in June,’” she said.
While Nakogee and Mudd wait for more changes to happen, band councilor Jerry Nakogee agrees that not much has changed in the community. He said donations continue to come in and they are receiving morale support from Canadian citizens.
“Other than that, we’re still struggling with housing,” he said. “There’s a long list of people. But we got something (modular homes), which is better than nothing, I guess.”
The 22 modular homes, which were constructed in New Brunswick, began to arrive in Moosonee in early January by rail and are awaiting the opening of the James Bay winter road for transport to Attawapiskat.
Meanwhile the community’s political situation also remains stagnant. Technically Attawapiskat is being run by a third party manager, but that federal government official has been
banned from the community and is working from Winnipeg.
And nothing has changed on the status of the legal injunction that Chief Teresa Spence and her council brought against the federal government over the third party manager, despite some harsh words from the chief in a letter to Aboriginal and Northern Affairs Minister John Duncan earlier in 2012.
The First Nation noted it is being forced to pay a $20,000 per month salary of a manager it did not ask for out of a budget already stretched thin.
“Why should my First Nation be paying $1,300 a day for some firm to issue payroll cheques for my First Nation with our already limited Band Support Funding?” Spence asked in her letter to Duncan. “We do not need a high priced manager to issue cheques, because we are capable of issuing cheques and managing our business affairs.”
So while the immediate needs for emergency supplies in Attawapiskat were met, the verdict remains out on whether all the attention given to the community will result in the long-term change so desperately needed.