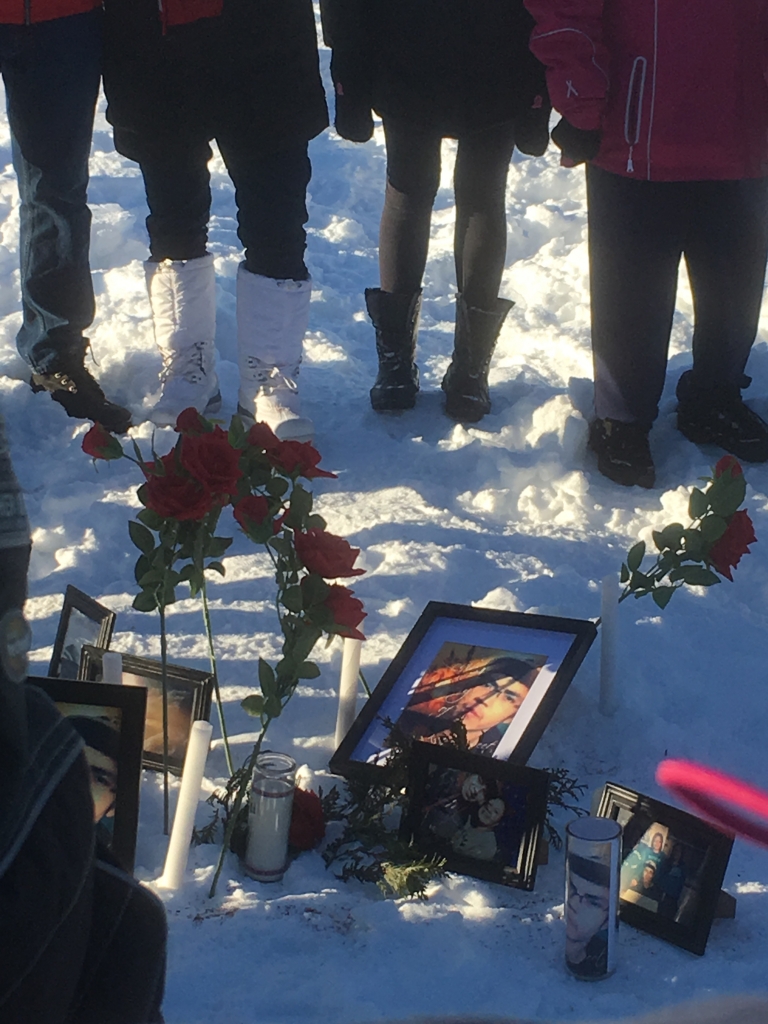 A vigil was held for the late Joey Knapaysweet of Fort Albany First Nation. Knapaysweet was shot and killed by the Timmins Police on February 3. Photo by Chris Kornacki.

The Special Investigation Unit (SIU) is currently investigating the deaths of two Indigenous people after having altercations with the Timmins Police Service.

Joey Knapaysweet, 21, had been living in Timmins to access medical services not available in Fort Albany. The Timmins Police responded to a call Saturday morning of Feb. 3 to the Emergency Services Building on Algonquin. According to reports, he had an interaction with Timmins police, which led to him being tasered, and ultimately shot and killed by the police.

The SIU said in a press release, officers with the Timmins Police Service went to the building to deal with a man. The agency said the man fled, and when officers followed; there was an "interaction," where one of the officers fired a gun. The man was struck and was taken to hospital, where he was pronounced dead. The SIU has confirmed a Timmins Police officer did discharge his gun.

Agnes Sutherland, 62, used a wheelchair and suffered from health complications. It is alleged that when police attended the scene of the local shelter Ms. Sutherland was treated roughly while being taken into police custody. She suffered severe complications during her detention and ultimately was taken to hospital where she died Sunday evening (February 4).

“In both these cases it seems that the health care system has failed these individuals,”said Ontario Regional Chief Isadore Day. “We know that the young man was dealing with mental health issues, and left [his] community to get help...and this should have never happened, but it did.”

“We are shocked that two Fort Albany [citizens] have died at the hands of police. We are very troubled by these tragedies and our thoughts and prayers are with the families and Fort Albany community. We do not yet know all the facts around these altercations but encourage the Special Investigations Unit and the Chief Coroner of Ontario to get to the bottom of these incidents without delay. Our people must continually leave their families and communities to come to cities to seek service that are not available in their respective communities. We have seen systemic racism in the City of Thunder Bay, and must now wonder if this is also happening in Timmins. We expect the respective ministries and officials to take these concerns seriously and work with the families of the deceased, the Fort Albany community, the Mushkegowuk Council, and the City of Timmins.”

Timmins Mayor Steve Black said the loss of lives is a tragic situation and the City of Timmins wants to rebuild some of the trust and relationships in the community that have been hurt by the two incidents.

In terms of the critical units response to the two incidents and the SIU ongoing investigation Regional Chief Day said while they support investigations the SIU has a history of not being effective in their deployment of investigations in the past. “There is not a lot of faith that this process is going to work,” he said.

Chief Andrew Solomon has addressed these concerns to the Attorney General for Ontario and the Minister of Community Safety and Correctional Services. He has called for an investigation into the actions of the Timmins Police Service as they relate to the deaths of Joey Knapaysweet and Agnes Sutherland.