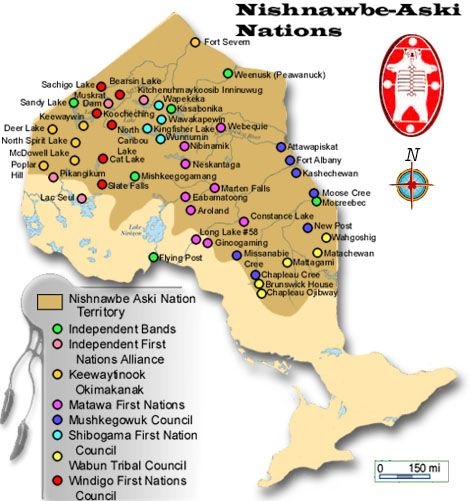 “Wapekeka has been devastated by the loss of two young lives in such a short period of time and we are shocked and deeply saddened by this tremendous loss. We are working non-stop to coordinate an emergency response and are doing everything possible to ensure that the necessary mental health and counselling supports are made available immediately, especially for high-risk youth who need urgent medical attention and specialized care,” said Grand Chief Alvin Fiddler. “We appreciate that the appropriate First Nation, provincial and federal agencies are responding promptly to this crisis. We are calling on all levels of government to support Wapekeka with the resources they require to care for the youth in the community, assist the grieving families, and help leadership stabilize the community.”

A team of crisis workers is currently in the community and more are scheduled to reach the remote First Nation over the next few days.

“Suicide, especially among our youth, is a NAN-wide crisis and a national disgrace and our entire Nation suffers from these tragedies,” said Fiddler. “From east to west we are united across NAN territory as we send prayers and condolences to Chief Brennan Sainnawap, his Council, and the families of these young victims.”

On January 20, 2016 NAN issued a call to action to the governments of Ontario and Canada to establish a Special Emergency Task Force to address the growing suicide epidemic across NAN First Nations. The call to action followed the launch of The People’s Inquiry on Suicide by the Mushkegowuk Council, a comprehensive report documenting the ongoing suicide pandemic in the Mushkegowuk communities along the James Bay coast.

Accessible only by air and seasonal winter road, Wapekeka is located approximately 450 kilometres northeast of Sioux Lookout, Ontario, with an on-reserve population of approximately 350 people.