CANADIAN RANGERS ASSIST IN EVACUATING KASHECHEWAN DUE TO FLOOD FEARS 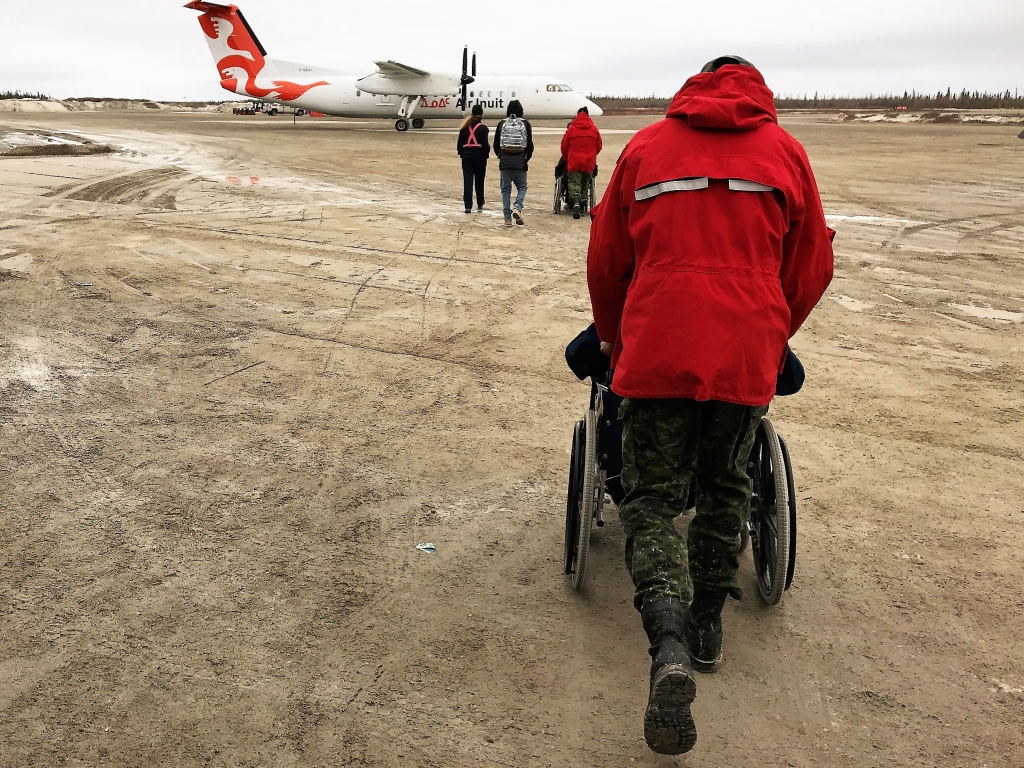 Canadian Rangers push elderly residents in wheelchairs to an evacuation plane in Kashechewan.

Members of the local Canadian Ranger patrol are participating in the emergency evacuation of Kashechewan First Nation because of fears of flooding from the ice-jammed Albany River.

The Rangers, who are part-time army reservists, spent much of Friday assisting vulnerable evacuees onto planes taking them south to Kapuskasing.

“We’re taking care of safety on the runway and around the evacuation planes,” said Warrant Officer Carl Wolfe, a Canadian Army instructor, who is in Kashechewan to assist in the precautionary evacuation. “We’re helping the elderly, the vulnerable, and the young. We’re ensuring that anybody with mobility issues is able to get on the planes safely.”

The community declared an emergency and asked the province for assistance in evacuating its 1,700 inhabitants because of fears that ice jams could cause the river to rise and flood the community as it has the past. The army was asked for assistance and the Canadian Rangers were directed to provide help.

“We’ve got local Rangers helping out,” Warrant Officer Wolfe said, “and members of the Fort Albany patrol may help over the weekend, with maybe more coming from elsewhere in Ontario next week if they are needed.”

“We’ve started monitoring the river and as and if the threat level increases so will our surveillance of the water levels.”

The community on the James Bay coast frequently evacuates in the spring because of both real and threatened floods.

Many families are currently on the land taking part in the traditional spring goose hunt. They are often brought back to Kashechewan by helicopter so that they can be flown south until the threat abates.

Kaspuskasing is the first of several southern communities that will receive evacuees from the Cree community.

(Sergeant Peter Moon is the public affairs ranger for the 3rd Canadian Ranger Patrol Group at Canadian Forces Base Borden .)