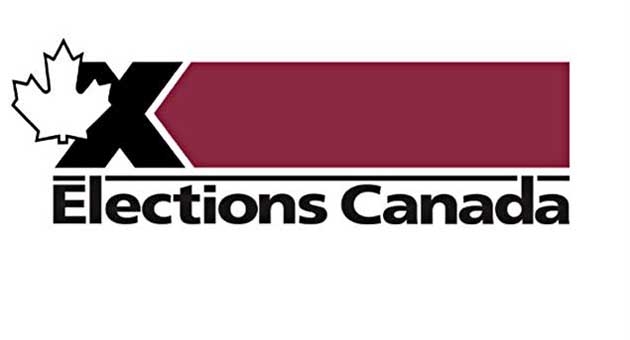 It’s election time. Which parties will take grassroots Survivors’ concerns seriously, once and for all?

It’s time for the government of Canada to establish a full scale public Commission of Inquiry into the serious shortcomings, failures and the mishandling of the landmark Indian Residential Schools Settlement Agreement. As more details come to the surface about the Catholic Church’s failures, it is now apparent that all signatories of the Settlement Agreement must also come clean.

After September 20, the new government needs to act right away. It must hold ALL parties of the Settlement Agreement to account: legally, financially, administratively and morally.

Instead of calling for an unnecessary election at this time, Prime Minister Justin Trudeau should have called for an inquiry into this matter. Canadians need to learn and understand the failures, weaknesses and successes of the Settlement Agreement. It is of national interest especially in terms of the cost of the residential school legacy’s redress for all Canadians.

Around 2000, a significant number of Survivors of the residential school system had launched class action law suits against the federal government and various Christian denominations that operated the schools. The government and churches responded by entering into discussions with Indigenous people which eventually led to the out of court settlement agreement, one of the largest in Canadian history.

The multibillion dollar Settlement Agreement between Survivors (represented by the Assembly of First Nations and lawyers), the Churches (Catholic, Anglican, United and Presbyterian), many law firms, and the federal government came into full effect in 2007. There were five components to the Settlement Agreement: Common Experience Payment for all former students; Independent Assessment Process, an adjudicated process for compensation claims that involved sexual, serious physical and psychological abuse; mandate for the Truth and Reconciliation Commission; Commemoration funds to honour Survivors, families and communities; and Healing Funds for Survivors. In addition, any funds left in the Common Experience Payment would go towards Personal Education Credits for Survivors or their families.

Of interest, in 1998 the federal government issued the Statement of Reconciliation which paved the way to the establishment of the Aboriginal Healing Foundation. A multimillion dollar fund was administered by the AHF to address the healing needs of Survivors, their families and communities, including intergenerational effects. There were many successful community-based and community-driven healing initiatives funded by the AHF. In 2014, the AHF ceased operation as the (Harper) federal government did not renew its mandate.

For many the attention meandered away from healing to one of compensation issues: money, lots of it. And thus a lot of energy focused on reaching the best possible out of court settlement deal. This armoured the already powerful at the helm while leaving “grassroots” Survivors far behind. Without question the legal Settlement Agreement was designed by lawyers for lawyers. Nowhere was there meaningful input from “grassroots” Survivors. Survivors were relegated to the back of the (money) trough and there they stayed after the implementation of the Settlement Agreement, many confused within the Independent Assessment Process.

Canadians today are alarmed by the news of recent finding of children’s remains at former residential school sites. The news has only validated what Indigenous people have said all along about missing children and unmarked graves. For many Survivors, if not all, this yet darker chapter of the legacy has opened wounds. Trauma. Victimization. Re-victimization. The pain.

In fact, given the complexity of unanswered questions related to the Settlement Agreement, many have been further injured by it: just talk to the grassroots Survivors. More than ever, their voices need to be heard for meaningful reconciliation to take shape.

Survivors are often told to - get over it: Or another sentiment - we weren’t there, so don’t hold us responsible for actions of the past.

What is happening is happening now, not in the past. How can Survivors get over it when games by government, churches and others continue to be played on their backs? The parties of the Settlement Agreement continue to drag out the legacy. For example: how can St. Annes residential school Survivors get over it when the federal government is still dragging them through the courts?

Canadians need to know the truth. Until then, there can’t be true reconciliation.

What is a Commission of Inquiry

Led by distinguished individuals, experts or judges, Commissions of Inquiry have the power to subpoena witnesses, take evidence under oath and request documents.

A Commission of Inquiry’s findings and recommendations are not binding. However, many have a significant impact on public opinion and the shape of public policy.

Why is a Commission of Inquiry Necessary?

This Settlement Agreement is one of the most extensive legal agreements of its kind. And the Indian residential school legacy is our shared Canadian history.

Canadians should be aware of and understand the collective resolution efforts by government, churches and the Indigenous community. Canadians deserve to know how the Indian residential school tragedy has been addressed and what areas still need remedy.

This Commission of Inquiry must have full powers to perform an in-depth review of the Settlement Agreement. Survivors and Canadians have invested a great deal in this enormous historic Settlement Agreement and expectations were high that it would contribute to healing and reconciliation. If it ends without these questions being answered, it will have all been for naught.

Some Areas of Concern - Questions