Weenusk member to canoe from Pickle Lake to Hudson Bay 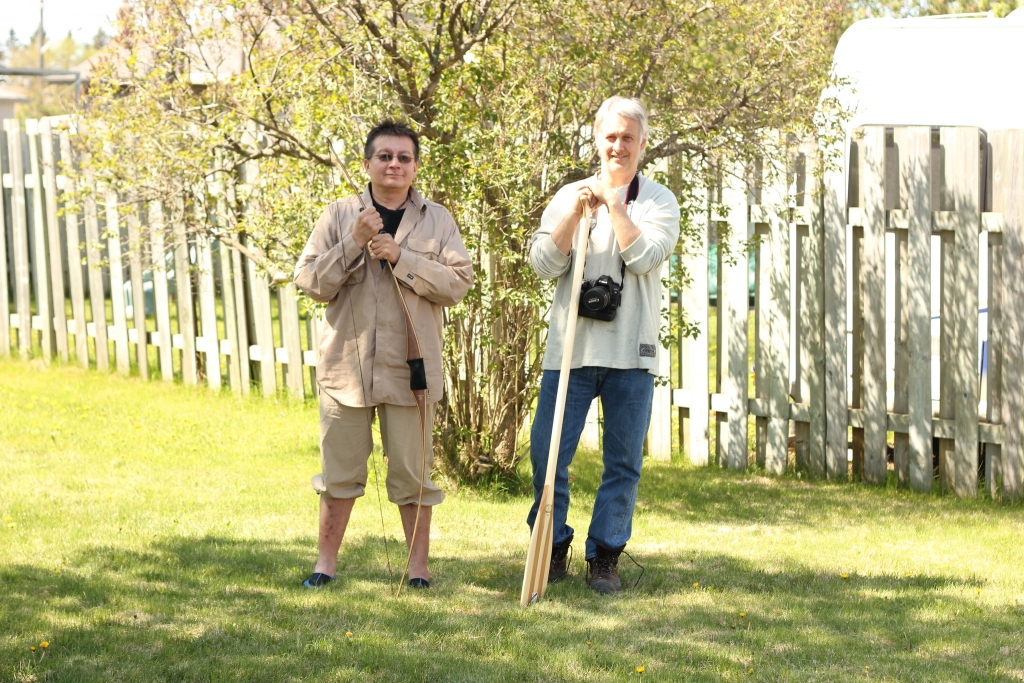 Sam Hunter of Weenusk First Nation is taking the trip he has wanted to do all his life.
On May 21, Hunter and his friend Kevin Vallieres of Hearst, Ont., embarked on an estimated 1,500-kilometre canoe trip on the Pipestone and Winisk River systems, beginning near Pickle Lake and ending among the ice floes of Hudson Bay.
“I’ve done a lot of long trips in my life and a lot of them were solo,” Hunter said a few days before the trip. In the past, the 46-year-old traveled from Moosonee to Peawanuck both by canoe and ski-doo.
Hunter has always enjoyed going out on adventures to break away from everyday life.
“I’ve always wanted to do this trip,” he said. “Sometimes you get stuck in a rut, working 9 to 5, and you forget your history…but trips like this, you come back just like that, you can recite it, tell a story, remember every detail.”
Hunter estimates it will take 30-40 days to complete the trip, which will include stops in the First Nations of Webequie, Wunnumin Lake, Nibinamik, and Peawanuck.
Being a northern Ontario boy, Vallieres said the trip is a way for him to reconnect with the north. He said many Canadians see the country as being bordered by two oceans, the Atlantic and Pacific but forget about the border north of Ontario.
“Our entire northern border, Hudson Bay, touches the Artic Ocean and that’s incredible,” he said. “People discount that.” He said he is looking forward to touching the water once they are out in Hudson Bay.
The canoe trip will be a physically daunting task for both travellers, Hunter said. Along with navigating several rapids, they will have to take 9-12 portages.
But Hunter said they hope their bodies will adapt to the physical elements and the weather.
“We’re basically just gonna rough it and hopefully we’ll be in good shape by the time we get to Peawanuck,” he said.
Hunter did not pack any food for the journey while Vallieres only brought minimal amounts of basic foods like rice.
“Basically, we’re just gonna live off the land as much as we can,” Hunter said. They packed a 12-gauge shotgun, .22 rifle, fishing tackle, and a bow and arrows.
For shelter, they packed a tarp and will combine it with traditional methods for when they sleep at night. Hunter also made his own paddles from hockey sticks and a stove that he would not describe because he wants to make a patent on it.
The duo each brought camera equipment to document the trip. Vallieres said he would be mostly taking photos.
“Just to show people and give an idea how beautiful the north is and that we have to preserve it,” he said.
Meanwhile, Hunter plans on shooting video. He recently graduated from the Toronto Film School, where he endured an intensive 18-month program, and hopes to produce footage to make three episodes for a show he is planning with APTN.
“I talked to APTN and hopefully we’ll get a good response and we’ll have some shows in English and Cree,” he said.
Hunter and Vallieres created a Facebook page called “Hudson’s Bay trip 2012” to document their journey. They hope to upload photos during their layover in each community. Hunter said the page has created a small following and they have been contacted by youth in Webequie.
“They will be joining us for the rest of the trip from Webequie,” he said. “It will add more adventure for the trip.”
Hunter is encouraged by the youth joining the trip, adding he hopes many others will follow suit in their own adventures.
“I’m hoping other people will start going out,” Hunter said. Most youth in northern communities are lost and have no identity, Hunter said. “When kids start going out, they start enjoying canoeing, taking pictures, archery, shooting a gun. All of a sudden they have something to look forward to.”