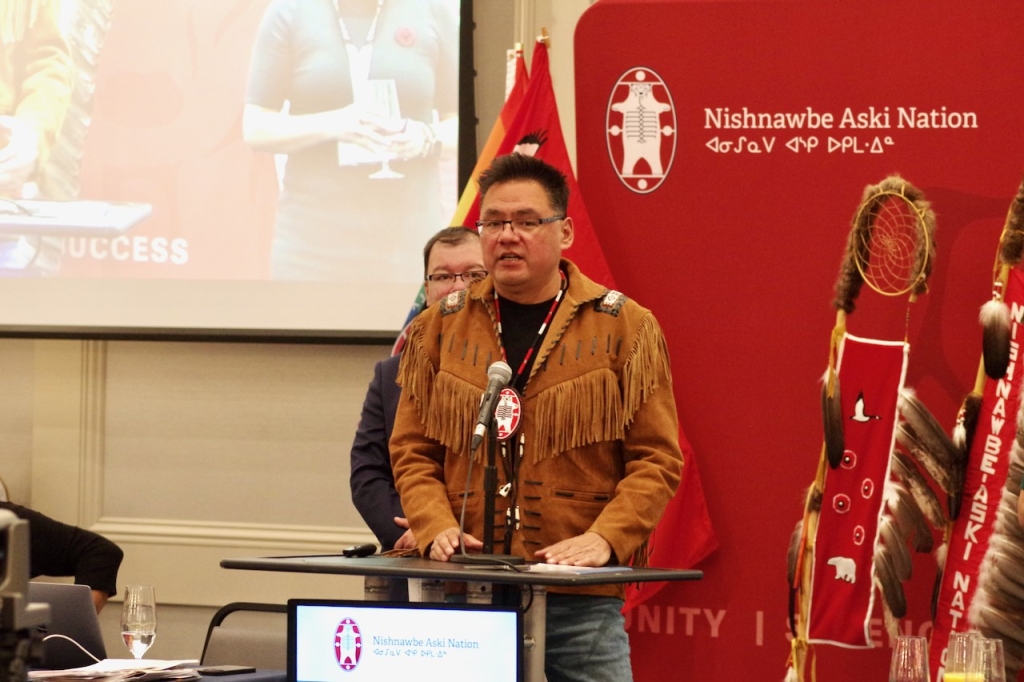 The establishment of a Nishnawbe Aski Nation-specific process, the NAN reset table, was one of the highlights at the NAN Special Chiefs Assembly on Education, held at the Delta Waterfront Hotel in Thunder Bay.

“We pushed for a NAN-specific process because no longer do we want our communities in the far north to be left behind or be given the short end of the stick with education resourcing and funding,” says Deputy Grand Chief Bobby Narcisse. “We are working with all of our education departments across NAN, tribal councils as well, and looking at these outstanding priority areas within education such as developing daycare and preschool and all these early learning initiatives — many of our communities do not have this.”

Narcisse says they also focused on the work they are doing with Kindergarten to Grade 12 initiatives in order to resource the NAN communities properly.

“And (what) we heard from the assembly today is we need to also do more work with post-secondary, post-secondary funding, post-secondary education resourcing,” Narcisse says. “We need to have needs-based funding in all these particular areas. When you talk about lifelong learning, there’s individuals that age out of different initiatives but they want training, they want access to opportunities to continue their educational goals as well.”

Narcisse adds that language is a cornerstone of any education reset that NAN does — Matthew Angees, executive director at Shibogame First Nations Council, delivered a presentation on Language Revitalization and Nicole McKay, language and culture analyst at NAN, delivered a NAN Language Program Update during the assembly.

“We need to revitalize our languages because languages and our culture and heritage is what makes us who we are as unique Indigenous people across Nishnawbe Aski Nation,” Narcisse says. “We need to include in the curriculum language revitalization, we really need to harness the knowledge keepers from all of our communities because NAN is so diverse with various different dialects, whether it be (Mushkegomowin), (Anishininiimowin) or (Anishinabemowin).
We need to really ensure that anything we do, and this is what our chiefs and education directors have told us, that language is the cornerstone of any reset and it will be a priority in terms of pushing for a pathway forward in creating an education system that is truly reflective of the culture and heritage of our First Nations communities in whom we serve.”

Narcisse says the assembly was a stepping stone of a new era of looking at education and taking control of jurisdiction of education mechanisms and developing education laws and standards that are reflective of the NAN communities.

“We have a new chiefs committee that will be meeting,” Narcisse says. “We’ll also be having an official signing of a terms of reference that’s going to guide our negotiations with the Crown. So I’m looking forward to that and really organizing our education committee members in this regard too.”

“If you look at the numbers for Bearskin you will see that in 2019 the adults’ fluency was 95 per cent, they went down two per cent,” Angees says, noting that a 1993 survey found that adults had a 97 per cent fluency rate and students had a 71 per cent fluency rate in Bearskin Lake. “Now here is the drastic change, for the students, it’s down to 20 per cent.”

“And that’s the common trend from all the communities, except Pikangikum and Poplar Hill,” Angees says. “The rest of the communities within Sioux Lookout district, we are in that situation where we have to open our eyes and we have to do something, otherwise, even though we don’t think about it, we’re not concerned about it, eventually we’re going to lose the language if we don’t do anything. That’s my message, we see it in our homes, in our communities, in our schools that the students, the youth, even the little ones that come in for JK, they only speak the English language.”